It’s usually calmer on the Gulf coast of Florida, where it doesn’t take a beating from the Atlantic Ocean, but it can change quickly. This week it’s been spectacular as the weather system that caused the hurricanes further north courted the warmer-than-average spring temperatures. It turned out as rough love, indeed.

The resultant winds disturbed the beaches and put a lot of migrating birds overhead, contributing to the more than 130 species I’ve seen so far on my sojourn. It also made for some breathtaking weather-watching.

Here are some of the moments from one afternoon as the weather went from good to great. 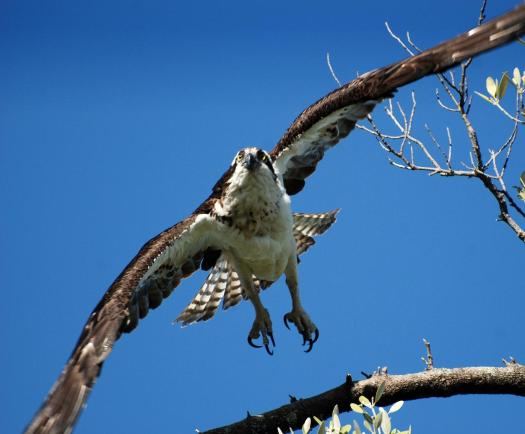 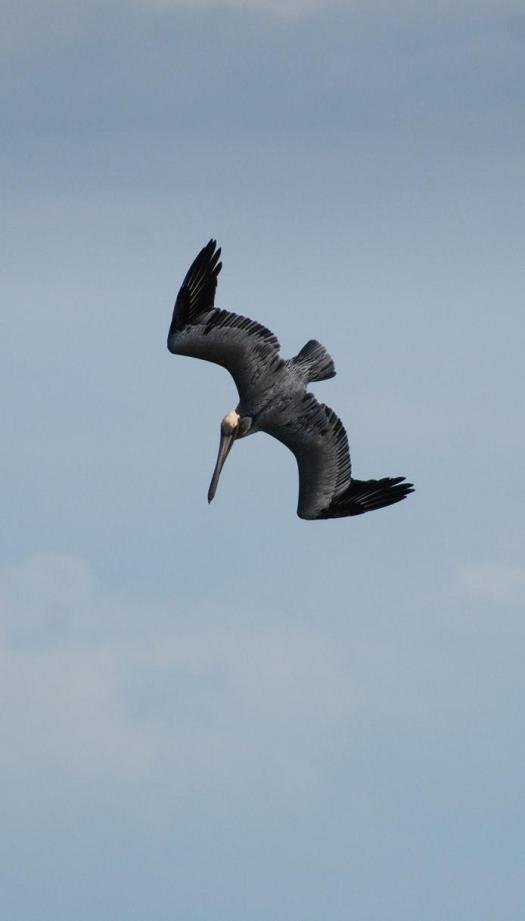 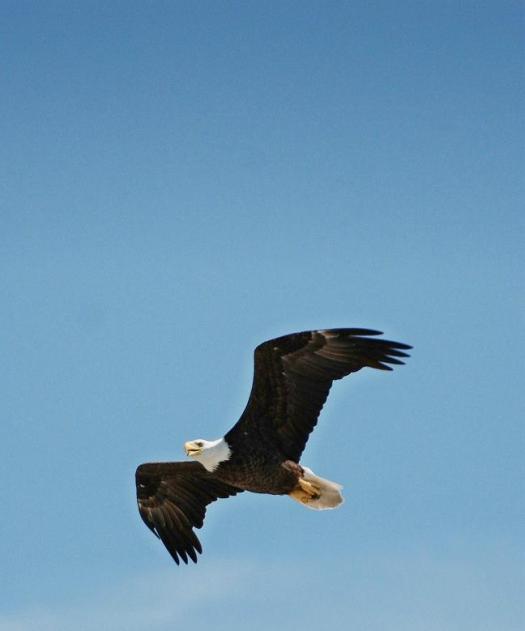 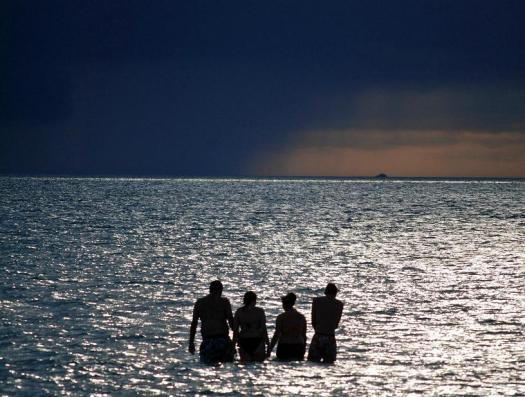 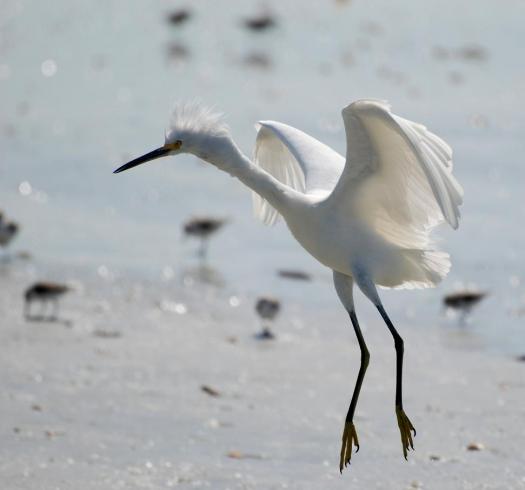 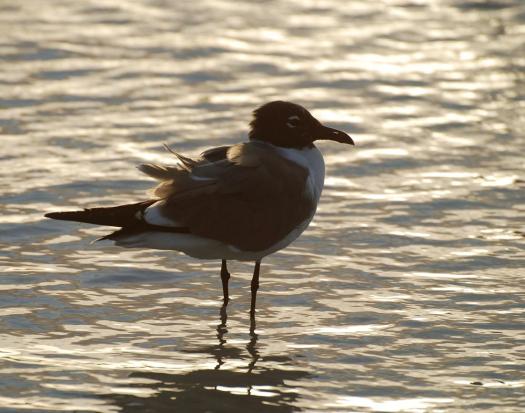 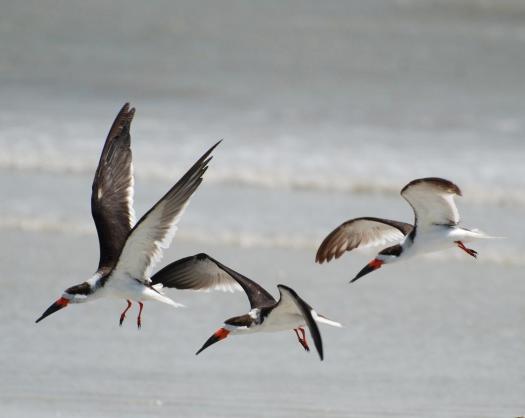 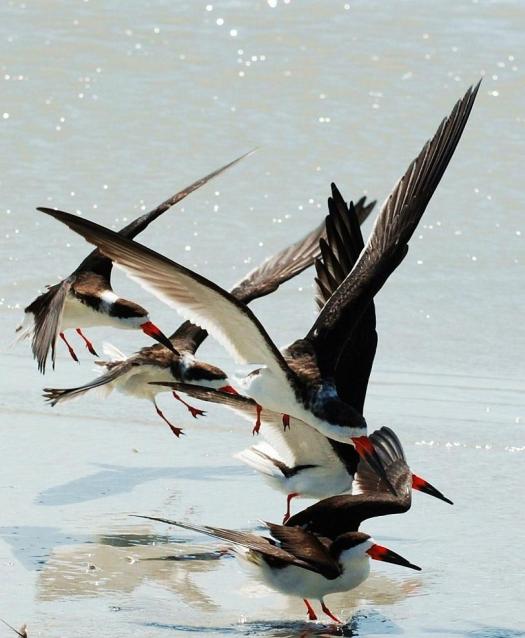 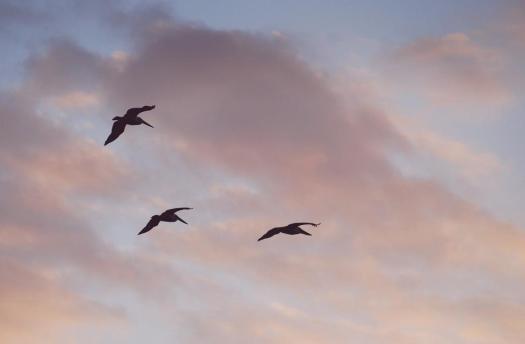 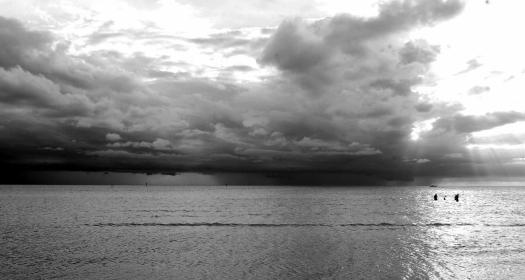 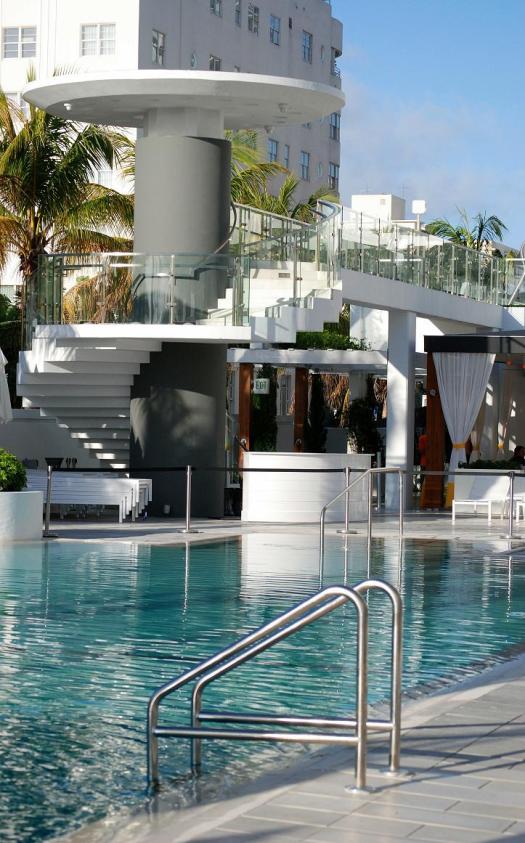 The sundeck at the Shelborne

When I first visited Miami I was there to look at the buildings and it was against a backdrop of newspaper articles about marauding gangs and high levels of street-crime. There had been warnings not to stray far from the hotel and to avoid isolated car parks in a city that preyed upon hapless tourists. This was, after all, a Mafia hotspot and we’d seen for ourselves how bad it was in Miami vice.

Well, it really wasn’t like that at all despite Gianni Versace being shot on the street next door shortly after one visit. I quickly found hiding traveller’s cheques in my underpants unnecessary. Visiting Miami never seemed any more dangerous than Christmas shopping at Tesco and it was certainly much safer than watching a football match at Chelsea.

South Beach and the art deco district appeared earthier then and, in some ways, more authentic. Many of the ‘boutique’ hotels and buildings that had sprung up in the mid-1930s were run down; some were empty and several were derelict in what seemed a natural cycle of decline and regeneration of a city. My perception was that it felt more lived-in but that’s gradually changed; the buildings have been refurbished and the area improved through a series of initiatives that include tax breaks so that, like the water flowing through theEverglades, the ever-growing number of tourists and visitors has become an exploitable resource. 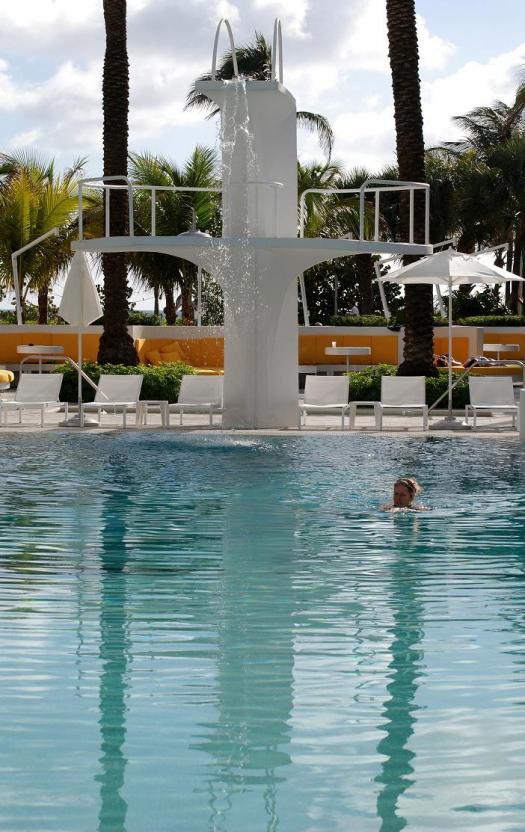 I’ve stayed in a fair number of art deco hotels now and was pleased to hear that another grand old ruin had been restored. The Shelborne began life at the end of 1940 as one of the hotels that backed right onto the beach. It has now just about emerged from a bumpy metamorphosis – if not quite as a tropical butterfly – as The Shelborne Beach Resort. It’s part of Menin Hotels but nonetheless retains an individuality that’s not quite unique and yet not really corporate. We know the place from previous visits and were keen to have a look around despite recent reviews that were truly awful so Mission Control e-mailed before we made reservations to ask if what people were saying on Yelp was true – could it really be that bad? Ominously, there was no response to either that or the follow-up e-mail she sent to Sunspotmiami.com [you might want to avoid these people] so, after calling the hotel, she elicited a promise that we’d get a renovated room and all would be fine. And it wasn’t bad at all given that it was only for a couple of nights. The décor was mannered in that ‘we celebrate our art deco’ sort of way so it wasn’t authentic but it was very much ‘Miami Beach’. I loved the hard-backed art volumes carefully placed on shelves higher than one could reach; a sure sign that the targeted clientele would be attracted by the covers but probably uninterested in the content. The Shelborne badly wants to be a venue, but struggles to deliver on its promise. Despite those truly awful reviews staff members were friendly and welcoming but things sort of stopped there. At check-in we were given ‘happy hour’ cocktail vouchers as a welcome gift but had to drink them, squeezed between diners, leaning against the screen wall of the lobby restaurant as the bar was restricted to a private function. No one thought to mention that earlier. The Rooms were clean and the beds supremely comfortable but despite pleading with staff and maintenance guys it took most of the first day to get some cheese and salad cleaned off the corridor floor outside the room and half the second for the used linen from several made-up rooms to be removed from the lift lobby. I found that a little surprising in a place where you pay a non-optional resort charge to cover the little ‘extras’ like beach towels, room safes, wi-fi and continental breakfast, none of which, by the way, was necessary to enhance the customer experience. As it turned out, the beach towels we were offered were dirty, the continental breakfast – comprising small pastries and coffee – was no more continental than black pudding or St Patrick’s Day – and the room safes weren’t actually fixed down. I know that a guy walking out of the hotel with a small safe under each arm might look suspicious but you get the point.

Having worked on hotel building and refurbishment over many years I was more understanding of the glitches that left us without hot water for long periods. I was less forgiving, however, of groups of builders not moving for guests and clearly put out by the disturbance caused to progress. There were more art books in the room but there were no soap trays in the bathroom [can you sue the hotel if you slip in a soapy shower and break your leg?]. And although the wardrobe was supplied with plenty of hangers it didn’t allow trousers or a jacket to be hung without folding them.

The overall impression is one of not attending to the details and, of course, any good hotelier – and most guests – will tell you it’s the details that count. We asked for fruit at breakfast – most top end resorts will provide some fruit somewhere, either in the room or reception – but were told pretty curtly that we had to pay for it. Hmmm, OK. Two cokes we bought at the Vesper American Brasserie at the pool were served, from a jet not bottles, without ice or lemon in plastic cups. Well, OK again, I suppose – and once more pleasant smiling staff but piss-poor service – but both the fruit and the drinks had a whopping 18% tip added to the bill. Wait a minute – what was the resort fee for? An invidious feeling that we might not be getting value for money kept us out of the hotel for the rest of our stay, which is probably not what the management – let alone the financiers – intended. No, the Shelborne is being disingenuous in positioning itself at an elevated level and not delivering on what it charges for.

Staying there was like wearing designer shoes with a pebble in one; it looked good but you couldn’t wait to get out of them soon enough; like the art books, this place is about appearance and not substance.

And a last word on those tips

What we found at the Shelborne was symptomatic of how South Beach has changed in the years we’ve been visiting. Pass the restaurants along Ocean Drive and you are solicited [less so on Lincoln Road or the charming Española Way but the malaise is spreading] at every step with offers of ‘specials’ for breakfast, lunch or dinner. That isn’t new and walking these streets is an essential part of any visit to Miami no matter how many times you’ve visited, but these days the hustle is a little more cold-blooded and the accents a little more Russian. A few days ago when trying to make a dinner reservation for that evening we were brusquely advised that the restaurant was fully booked so ‘why don’t you look at the lunch menu instead’. That we wanted to eat some nine or ten hours later wasn’t misunderstood; it was Ludmila or Svetlana or whatever the unsmiling harpy’s name was trying for another gratuity from another tourist. As at the Shelborne, the once sporadic practice of adding the gratuity to the bill is now widespread and common. Make no mistake here, I’m pleased to tip when I get good service – and in a very un-English way, I always make a point of mentioning when it’s not good – but I get very antsy when 18% is added to the bill regardless. A lot’s been written about it so I won’t turn this into a rant but the only justification I could find for jacking-up the price is that ‘Europeans and South Americans don’t tip as well as Americans’ so in order to get it, you add it to the bill. I haven’t been able to find one reference to pre-emptive tipping providing for better service, happier staff or improving the value of what you get. And I couldn’t find anything approaching an argument for tipping, either, other than it being expected. Miami has a State law that requires restaurants or hotels to clearly notify that a gratuity will be added to the bill but search as I may, I never found one.

At Smith and Wollensky at South Pointe the food was excellent and the service, by a knowledgeable, competent and friendly Os, just fautless. They didn’t add an 18% gratuity to the bill and clearly didn’t need to. There’s a moral to be drawn somewhere.

..trying hard to make sense of a world that gets crazier every day...